Global outlook summary: Down but not out

As the global economy enters its tenth year of expansion following the global financial crisis, concerns are growing that a recession may be imminent. 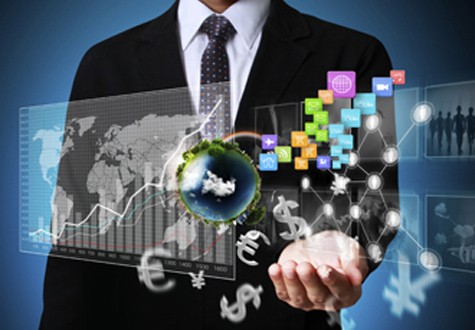 Although several factors will raise the risk of recession in 2019, a slowdown in growth – led by the United States and China – is the most likely outcome. In short, economic growth should shift down but not out.

We expect the global economy to continue to grow, albeit at a slightly slower pace, over the next two years, leading at times to so-called growth scares. In 2019, US economic growth should drop back towards a more sustainable 2% as the benefits of expansionary fiscal and monetary policy abate. Europe is at an earlier stage of the business cycle, though we expect growth there to remain modest.

In emerging markets, China's growth will remain near 6%, with increasing policy stimulus applied to help maintain that trajectory. Unresolved US-China trade tensions remain the largest risk factor to our view, followed by stronger-than-expected tightening by the US Federal Reserve should the US unemployment rate drop closer to 3%.

Global inflation: Unlikely to shoot past 2%

Previous Vanguard outlooks have rightly anticipated that the secular forces of globalisation and technological disruption would make achieving 2% inflation in the United States, Europe, Japan and elsewhere more difficult. In 2018, we accurately projected a cyclical firming in core inflation across various economies. In 2019, we do not see a material risk of further strong rises in core inflation despite lower unemployment rates and higher wages. This is because higher wages are not likely to funnel through to higher consumer prices, as inflation expectations are likely to remain well-anchored.

Monetary policy: Convergence commences, with the Fed stopping near 3%
As inflation moves towards central banks' target, financial-stability risks rise and unemployment rates continue to approach or drop below estimates of full employment, global central banks will stay on their gradual normalisation paths.

In the United States, we still expect the Fed to reach the terminal rate for this cycle in the summer of 2019, bringing the policy rate range to 2.75%–3% before halting further increases in the face of nonaccelerating inflation and decelerating top-line growth. Other developed markets central banks, though, will only begin to lift interest rates from post-crisis lows. We expect the first rate increase from the European Central Bank in September 2019, followed by a very gradual hiking path thereafter. Japan is late to the party and we do not expect any rate increases in 2019, though some fine-tuning of its policy framework is likely to ease the financial-stability risk. Emerging markets countries don't control their own destiny and will be proactively forced to tighten along with the Fed, while China is able to buck the trend with the help of tightened capital control and further modest currency depreciation.

Investment outlook: No pain, no gain
With slowing growth, disparate rates of inflation and continued policy normalisation, periodic bouts of volatility in equity and fixed income markets are likely to persist and perhaps accelerate. Our near-term outlook for global equity markets remains guarded, but a bear market would not appear imminent given that we do not anticipate a global recession in 2019. Risk-adjusted returns over the next several years are anticipated to be modest at best, given the backdrop of modest growth and less accommodative policy.

But all hope is not lost. Longer-term, our ten-year outlook for investment returns is beginning to slightly improve when we factor in higher short-term interest rates across major developed markets. This is the first (modest) upgrade in our global market outlook in more than ten years.

US fixed income returns are most likely to be in the 2.5%–4.5% range, driven by rising policy rates and higher yields across the maturity curve as policy normalises. This results in a global fixed income return outlook of 2.2%–4.2% for US-dollar-based investors compared with last year's outlook of 1.5%–3.5% – albeit still more muted than the historical precedent of 4.7%.

Returns in global equity markets are likely to be about 5%–7% for US-dollar-based investors. This remains significantly lower than the experience of previous decades and of the post-crisis years, when global equities have risen 12.6% a year since the trough of the market downturn. We do, however, foresee improving return prospects building on slightly more attractive valuations (a key driver of the equity risk premiums) combined with higher expected risk-free rates.

As was the case last year, the risk of a correction for equities and other high-beta assets is projected to be considerably higher than for high-quality fixed income portfolios, whose expected returns over the next five years are positive only in nominal terms.

In our upcoming annual economic and market outlook, we'll further define our expectations for the global markets in 2019 and beyond.