An industry law firm has identified some of the common traps with BDBNs that can land advisers and their clients in trouble.  One example being a recent case of incorrect witnessing of binding nominations. 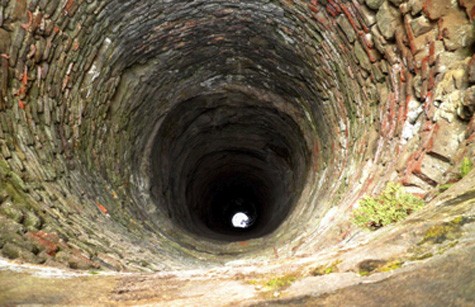 DBA Lawyers director Daniel Butler said that while binding death benefit nominations (BDBNs) can be a powerful and important tool for a member’s succession planning, they are still a relatively new legal instrument, with the law still continuing to develop and evolve over time.

“More specifically, as BDBNs are a creature of the particular deed, the process of effecting a valid BDBN depends on a number of interrelated factors.”

SMSF deeds that include BDBN provisions from the SISA and SISR through wide deeming provisions of regulatory compliance are one of the key problem areas, Mr Butler warned.

“One important lesson to take away from Donovan v Donovan is that the presence of a broad deeming clause can have far-reaching consequences such as including the three-year limitation,” he explained.

“The ATO in SMSFD 2008/3 considers that s 59(1A) of the SISA and reg 6.17A of the SISR have no application to SMSFs, subject to the terms of the SMSF deed. Accordingly, an appropriately drafted SMSF deed should expressly exclude these provisions.”

SMSF professionals and trustees should also look out for SMSF deeds that rely on a three-year BDBN or contain sloppy wording, he cautioned.

SMSFs that contain poor wording such as “the BDBN is only binding if it’s to the trustee’s satisfaction” can be easily challenged, he said.

“This type of wording can easily give rise to argument if, say, the trustee is the second spouse who decides to reject the BDBN when their spouse dies,” he explained.

It is also important that the chain of previous SMSF deeds, not just the current one, is reviewed, as this can affect whether the BDBN is actually valid.

“The most recent deed must have been varied in accordance with the prior variation power, the relevant consent of each party to effect a variation must be obtained, and relevant notifications under the deed made and any other appropriate legal formalities complied with,” he explained.

“Also, all or some deeds may have required stamping in accordance with the relevant state/territory stamp duty legislation. All these formalities must have been complied with in the document trail, or the fund’s latest deed may not be valid and effective.”

Imprecise wording in a BDBN can also give rise to a number of legal hurdles, such as in the case of Munro v Munro, which used the wording the “trustee of his deceased estate”.

“It is interesting to also note that Mr Munro, who practised as a solicitor during his working life, did not pick up on the numerous legal issues in the documents provided by his accountant and financial planner,” Mr Butler said.

Recent cases such as the Cantor decision and Perry v Nicholson [2017] QSC 163 highlight the problem of how notification and service requirements in relation to BDBNs may give rise to legal challenge.

In the Cantor decision, the trustee of the Cantor Management Superannuation Fund contended on appeal that a BDBN executed by a fund member in 2012 was ineffective because it had not been given to the corporate trustee of the fund in its capacity as trustee in accordance with the terms of the SMSF deed, the director said.

“The court examined the governing rules of the fund and accepted the proposition that the governing rules did indeed require the BDBN in question to be given to the trustee to be effective. However, the court held that this requirement was satisfied in this case by the member leaving the BDBN document at the registered office of the trustee company pursuant to general law standards of service and the specific statutory framework for serving companies set out in s 109X(1)(a) of the Corporations Act 2001 (Cth).”

In Perry v Nicholson, a requirement in the SMSF deed that BDBNs must be given to the trustee was the likely motivation behind the daughter of the deceased member, Ms Perry, bringing litigation contesting the validity of a 2015 change of trustee.

“Accordingly, Ms Perry submitted that the relevant BDBN purporting to distribute all of the member’s death benefits in the fund to the deceased’s de facto spouse, Ms Nicholson, was invalid. Presumably, this was on the basis that the BDBN had not been provided to the ‘true trustee’ of the SMSF.”

Although the change of trustee was ultimately held to be valid in Perry v Nicholson, the case illustrates that service and notification requirements can provide further ammunition for an aggrieved beneficiary to scrutinise a fund’s document trail, as an invalid change of trustee may provide an avenue to challenge a purported BDBN where these requirements exist.

“The notification or service requirements for BDBNs are generally inappropriate as they give rise to too many issues and prevent members from making effective private BDBNs,” he advised.

Mr Butler cautioned that getting a BDBN right is no easy task and many who mistakenly believe their BDBN is secure will have that complacency exposed after their death when their BDBN is rendered invalid.

Advisers, he said, need to give serious consideration to managing BDBNs as part of each client’s integrated estate and succession planning.

“Our recommendation is for advisers to institute a ‘best practice’ approach to ensure that they only use quality documents and procedures. Ideally, this should be done with the engagement of experienced SMSF lawyers. Otherwise, advisers may be open to significant legal liability when disputes arise,” he warned.

ASIC has increasingly been ramping up its focus on the conduct of advisers in relation to binding nominations in the past 12 months.

A financial adviser was permanently banned after an ASIC investigation found they had dishonestly backdated advice documents and incorrectly witnessed binding nomination of beneficiary forms.

ASIC stated that they have engaged in “misleading and deceptive conduct” by allowing the “incorrectly witnessed binding nomination forms to be submitted to insurers on behalf of two of his clients”.

In January last year, ASIC said that it has discovered widespread examples of improper and unethical practices in relation to death benefit nomination forms.

One of the common practices that concerned the regulator was financial advisers witnessing or having staff members witness client signatures on binding death nomination forms without being in the presence of the signatory. In other cases, it said forms had been backdated.

“Each of these practices fails to comply with the law and may lead to the nominations being invalid,” ASIC said.