While the ATO has previously stated that changing a pension to reversionary after it has been commenced is generally fine where the deed allows it, it may be safest to stop and restart the pension, says a technical expert. 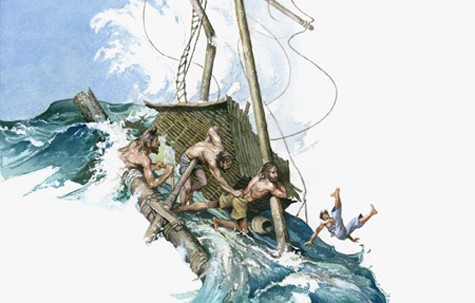 “It really depends on the deed. The ATO has indicated that they suspect that it would be okay if the deed allowed it,” Ms Sanderson told delegates at the SMSF Association Conference last week.

“Now I probably take a more conservative view and would want the original terms and conditions of a particular pension to state that it’s reversionary. So, I would want to stop a pension and restart it.”

Ms Sanderson cautioned that stopping and restarting a pension can have its own issues, particularly if the client has substantial accumulation accounts and multiple pensions in place which were kept quarantined from a tax component perspective.

“You certainly wouldn’t want to muddle the 100 per cent tax-free pension back into accumulation, which is mainly taxable component, to then start a new pension that’s reversionary because you then muddle up those tax components,” she said.

“The tax component quarantining is purely from an estate planning perspective so that the kids don’t pay as much tax.”

Some clients, she said, might be more concerned that their pension is or isn’t reversionary than saving their adult children some tax down the track.

“Everyone is going to be different, and you need to see what their appetite is and exactly what it is they want to achieve before restructuring any of those things,” she said.

Some people have a preference for reversionary pensions, she said, because it gives them 12 months to deal with it before it becomes a transfer balance credit on the reversionary beneficiaries’ own account.

“Over that period of time, you then make the decision about what you do; you can’t roll that reversionary pension back into accumulation for the beneficiary, but they can roll their own pension account into accumulation,” she said.

“So, you can keep as much money in super as possible, which tends to be the intention, but for others it may be to take it out and pay off some debt.”

She said that it is important to note, however, that for non-reversionary pensions, it is still possible to get the 12 months or potentially even longer, because it only needs to be dealt with as soon as practicable.

“From a practical perspective, where we’ve seen reversionary pensions in practice and someone has died, it has been a real pain to get an interim balance at the date of death, rather than dealing with it all at the next 30 June, because the next 30 June makes a lot of sense and you can draft paperwork appropriately to deal with that account at that date,” she said.

“There could be a vast difference there. You could have investments that absolutely kill the pig or up substantially go up in value over that 12-month period, but there could also be a detriment, if [it] goes down over that time, so you need to assess that on a person-by-person basis,” she explained.

“Obviously, you’re making a decision about whether a pension account is reversionary when the person starts it, not by the time that they’re passing away. You just need to be really careful about how all of that works.”