Around a quarter of the individuals being identified as high risk under the ATO’s new registrant program have compromised identities, said the ATO. 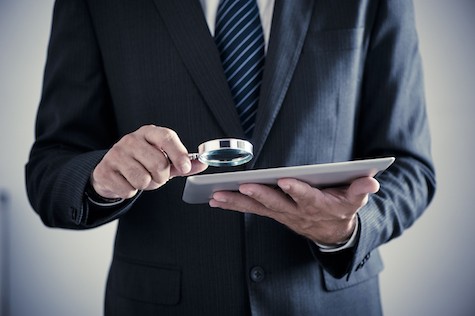 ATO deputy commissioner, superannuation and employer obligations, Emma Rosenzweig said that with the ATO seeing more and more instances of stolen identities being used to set up new SMSFs, identity fraud is an important feature of the ATO’s new registrant program for SMSFs.

The ATO’s new registrant program undertakes a risk assessment of individuals entering the SMSF sector and refers any entrants that are considered high risk for further scrutiny.

Ms Rosenzweig said around 25 per cent of the members identified as higher risk under the ATO’s risk assessment are being reviewed because the member has a compromised identity.

“That means a very high risk of fraud. We won’t stop doing that because that is a real risk to retirement savings with scams [on the rise],” she told delegates at the SMSF Association National Conference last week.

The ATO is seeing increased instances of fraudsters registering an SMSF, orchestrating a rollover from the victim’s APRA fund into a fund bank account controlled by them and then stealing the victim’s retirement savings, she warned.

“Once it’s gone, it’s virtually impossible to get it back,” she said.

“In the 2021 financial year, we identified increasing numbers of individuals that were victims of identity fraud, where SMSFs were registered without their knowledge or consent.

“Luckily, for most of these victims, we detected the fraud in time to protect their super. Unfortunately, however, a small few did get through.”

The ATO’s use of alerts has helped prevent a number of fraudulent activities from occurring, she said.

“When a new SMSF is set up or a member is added to an existing SMSF, the ATO sends an alert via text message or email to the members of the SMSF. We also send an alert to members when changes are made to an existing SMSFs bank account, electronic service address or authorised contacts,” she reminded SMSF professionals.

“These alerts prompt the individual to get in touch with us if they are unaware of these changes, so we can stop the fund registration or the change of details from proceeding.”

It is also important, she said, that clients are very careful with who they provide their identity and superannuation details to, particularly if they’re dealing with a third party who they’ve only engaged with online or over the phone.

“It’s also important to remind your clients to check that they’re dealing with a licensed financial adviser,” she added.